Today is the last day of summer vacation for the boys.  We are about to head off on a family day out….not sure where..we like to just go and see where we end up 🙂    To set us up for the adventure,  I made a delicious breakfast for the family.

My boys are beginning to appreciate stacking and building food, burger-style.  Peanut tends to add more variety than does Button, but adapting the presentation of the food, a la family style, helps encourage them to experiment.  Scouring the fridge for ingredients my boys might eat, I pulled together the following hearty and protein-packed breakfast. END_OF_DOCUMENT_TOKEN_TO_BE_REPLACED

This is not a paid review, merely the observations of a mom trying out a new idea in her kitchen.  I am a blogging friend of the HopeFULL Company girls, but all opinions and comments are Buttons or my own.

Many of you will be aware of the new BellyFULL whole food pops that are the brainchild of two wonderful sisters, Jessica and Stephanie.    The initial idea behind this ingenious, foodalicious fun was to provide people who are going through chemotherapy or other treatments/illnesses with easy to eat, nutrition-packed meals in the form of ice-pops.  Having experienced the difficulties of getting a six-year-old with an ulcerated gastrointestinal tract to eat, I can vouch for the relief such a meal can bring to a parent watching their child waste away to nothing.

The BellyFULL packs are a move into helping parents cope with picky eaters.   They are not just for cancer patients, but for children who turn their noses up at nutritious fruit and veggies but love treats such as ice-pops.  Button, being several months off treatment, has no need for the pops to help his GI tract; instead he needs to rebuild his body, ravaged by chemo, and consume as much ‘goodness’ as possible.  His brother, Peanut, is less picky, but the price of vitamins, not to mention the added sugar they always seem to come with, would drive anyone to think of a better way to get the much needed nutrients into a growing ten year old!

So our BellyFULL pack arrived and Button was immediately determined to don the chef’s hat and get started.  We began with a special trip to the grocery store to purchase the ingredients for Button’s chosen recipe: Apricot Rocket. We pottered around Mrs. Greens gathering a very small supply of food (admittedly I already had everything except the apricots but wanted Button to experience the whole enchilada!  Three ingredients, the obvious star being the apricots, and we were done…easy, organic and cheep!

The packs come with a wonderful ring-bound menu list.  Most of the pops are three key ingredients, and the page also includes very easy to follow directions and some fun ideas for kids to do while helping.  We could guess how many apricot halves were in the jar, or discuss how the apricots felt as we rinsed them.  Button said that was for younger kids as he, being a big seven year old, preferred to be in charge of reading and  following the directions.  Apart from chopping, I really wasn’t needed.

The wait was almost too much for Button.  He had loved every minute of being in charge of the kitchen.  Finally the waiting was over:

What a great success!  Button immediately announced the pop was delicious and ate the whole thing in  a matter of minutes.  I enjoyed one also and have to admit, it tasted great.  Button was eating ingredients he usually balked at.  I also saw the immense sense of gratification he had in creating something himself.

I feel the pops are especially wonderful for the warmer days…I was cold when I tucked into mine, having just come in from an errand.  I really wanted hot tea, but the pop was so delicious and satisfying I ended up forgetting about the tea.  I  held a mini-interview with Button to see what he thought:

Me: What was your favorite part of the activity?

Button: Making it myself and getting to eat it as soon as I wanted to.  You said I could eat these whenever I feel like and that’s awesome!

Me: What do you think about your Apricot Rocket?

Button: I think it’s really good.  I didn’t know what to expect and it is much better than it looked in the mixer!

Me: Would you have liked this when you were in the hospital?

Slight pause….But I would have loved them because they are cold and that would have helped the pain in my throat and mouth.

Okay, so at this point I was ready to cry, I admit…but I left Button to enjoy his treat and wanted to share with you a little something I created with the leftover mixture:

I added ice to the pre-frozen mixture and made a smoothie.  It was delicious.  I’m thinking of adding the same pre-frozen mixture (when I make more) to sauces…perhaps sans the dairy component.  It will be a great way to sneak in more fruit and veggies to foods we already eat! 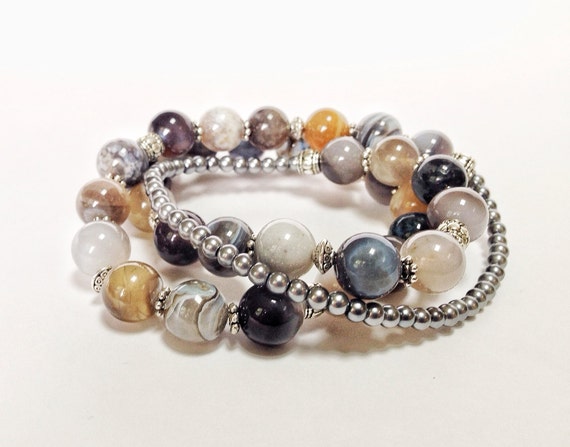